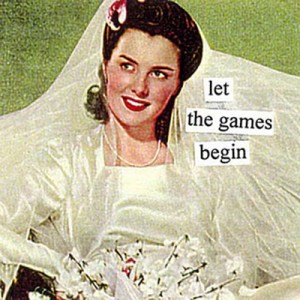 Tina has started playing games!  Each blog post will focus on one game, and will follow the format of this post.  I’ll start out with a prose description of my experience playing the game.  I’ll aim to say witty and insightful things, but that won’t always happen.  I’ll include some details not covered in the categories below such as what I thought about the mechanics, story, art and so forth. I’ll say what I relate the gameplay to, from things like eating ice-cream to eating vegan ice-cream (some of it is good but it’s just not the real thing) to cleaning my bathroom to cleaning a boy’s bathroom (tons of tiny hairs from shaving are gross). 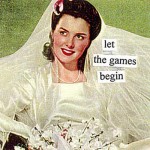 Celebrating my new commitment to games

I’ll then wrap up and move on to the criteria below.  Lastly, I will do my best to finish each game. When finishing isn’t feasible or possible I’ll play for at least 5 hours.

Platform played on iPad, PS3, Arcade, Android, Mac, PC, Nintendo DS,  or whatever else I acquire

How nauseous the game’s graphics made me feel
out of 100, 100 being I actually got sick